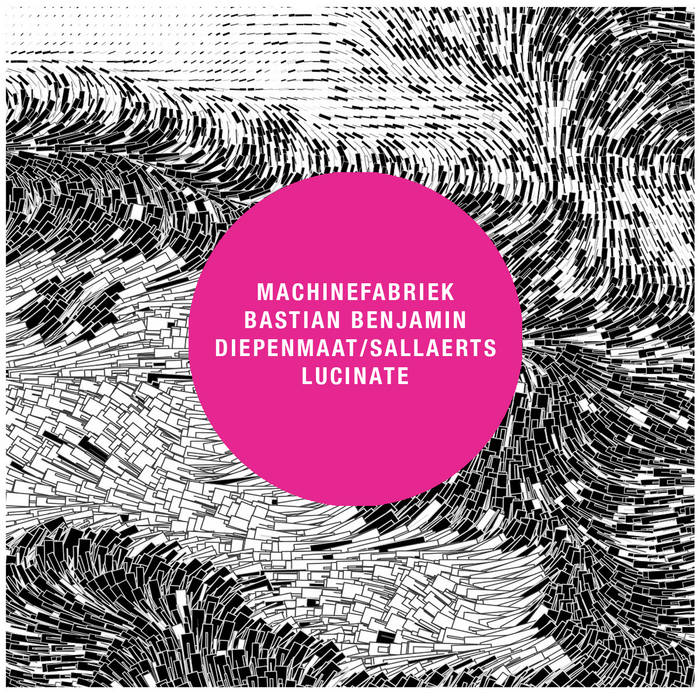 It has been seven months since the release of Frond's well received second album 'Always There, Somewhere'. We invited Machinefabriek, Bastian Benjamin, Diepenmaat / Sallaerts and Lucinate to each choose a track from the album they would like to reinterpret in their own way. These four remixes are the wildly impressive result of this endeavour.

Rutger Zuydervelt has built an impressive discography under his own name and especially under the name Machinefabriek. Impressive not only because of its sheer size, but because he invariably links this quantity to quality, no matter which genre he's exploring. He regularly collaborates with other interesting artists. A recent Machinefabriek release on Esc.rec. is the phenomenal 'With Drums' LP/CD.
machinefabriek.nu
escrec.bandcamp.com/album/with-drums

Bastian Benjamin released his debut album 'Two Truths' at the end of 2020, and it's a blast. This young producer excels in a cinematic yet hard-hitting, bass-driven sound. His mindset of constantly experimenting is the starting point for every project. This is Bastian Benjamin's first release on Esc.rec. if you don't count his appearance on the NEW 13 compilation.
bastianbenjamin.bandcamp.com/album/two-truths
escrec.bandcamp.com/album/new-13

Jeroen Diepenmaat and Twan Sallaerts have been creating and recording music together on a regular basis for many, many years, but the majority of their collaborative work remained hidden until Diepenmaat / Sallaerts released their debut album 'Sluimer' on Esc.rec. only a few months ago. Diepenmaat also has several solo (Esc.rec.) releases to his name that are very much worth checking out. Sallaerts collaborated in several other great projects/releases and for some reason sits on a huge body of unreleased work.
escrec.bandcamp.com/album/sluimer
jeroendiepenmaat.bandcamp.com
meandermusic.bandcamp.com/album/ludwig-sallaerts-entre-acte-lp

Lucinate released two excellent 12" EP's recently, sporting a blend of jazz and electronica, occasionally veering into drum 'n' bass. Meticulously sampling his record collection, Lucinate is a producer with a keen ear for breakbeats and atmosphere. Lucinate is new to the Esc.rec. catalogue, unless you count his appearance on that same compilation that Bastian Benjamin was on.
redeyerecords.co.uk/vinyl/112977-crim003-lucinate-pulse-measure-ep
kingdeluxe.ca/album/big-noise

Review + radio show by Utility Fog on FBi Radio:
"Richard Bultitude has a long back catalogue of music under the name Point B, covering a variety of UK bass styles. So it's no surprise that his work as Frond has a great sense of rhythm and bass, but it's not aimed at the dancefloor at all - this is ambient & folktronic stuff of a high calibre, and it's a shame I didn't twig to the original album Always There, Somewhere when it originally came out last year. I'm not the only one now discovering that, through the remix EP that Esc.rec. have just released, with four Dutch electronic artists reworking tracks in four different styles - including some head-nodding beats and sound design from Machinefabriek. Heard tonight is some junglish IDM from Lucinate, and something in more of a dubstep vein from Bastian Benjamin."

Many thanks to all artists involved!