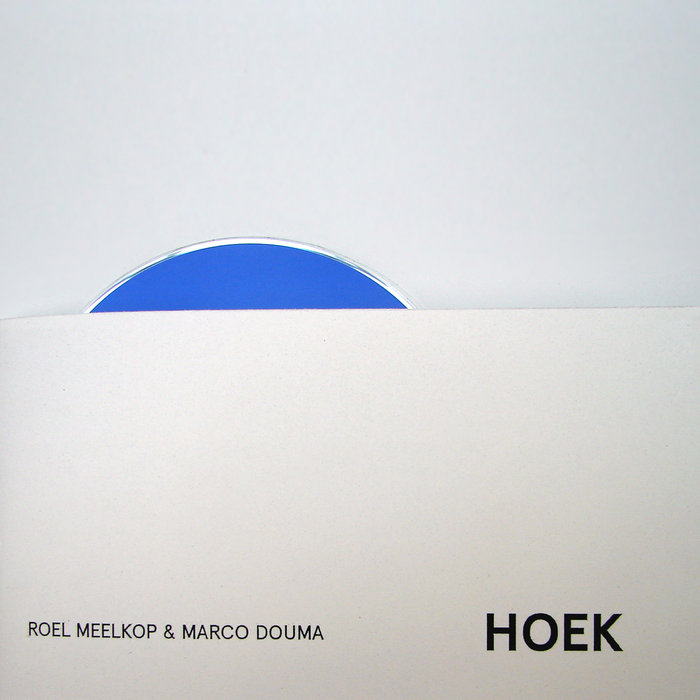 In 2012 Roel Meelkop was asked to participate in an exhibition in the small town of Hoek van Holland, which is part of the greater Rotterdam area.

Hoek van Holland, or as most people call it, ‘de Hoek’ (literally Corner of Holland, or ‘the Corner’) was originally built in the late 19th century as a defence for the Port of Rotterdam. In World War II it became part of the defence line of the Nazi’s called the Atlantikwall. They built vast underground bunkers in the dunes, many of which are still intact. Some of these are open for public, but most are closed or only accessible to a selected few. The other side of the river shows the industry of the Port of Rotterdam, mainly lots of cranes (un)loading containers from the huge ships that bring them here. But de Hoek is also a seaside resort with wide beaches and matching beach clubs, assuring a wide range of entertainment. And, last but not least, de Hoek has a beautiful dune landscape, giving home to flora and fauna that cannot be found elsewhere.

This mix of activities is something very unique to the town and reason for Roel to ask video artist Marco Douma to collaborate on the project. This resulted in a sound/video performance in one of the beach clubs in 2012. In this live installation called ‘Atlantic Wall’ they focused on Hoek’s surroundings. In 2014 they were asked to participate in a new exhibition in de Hoek. That year they decided to go down into the bunkers, resulting in the sound/video installation ‘Kiel’ in one of the bunkers that is normally closed to the public.

In the years after this Roel and Marco fantasised about the idea to combine the material of both works in a third edition, which resulted in a sound/video piece in 2020, titled 'Hoek'.

This CD and handmade book contain the sound piece and stills from the video work. The book was reproduced with a Nashuatec 1505 copier, which gives a nice gritty look. And then cut/folded/assembled by Roel Meelkop, Marco Douma, Jeroen Diepenmaat and Harco Rutgers. The video work is accessible via a password-protected link, included in the book ánd the download.

Review in The Wire by Julian Cowley:
"Ten years ago, Meelkop and Douma collaborated on a sound and video project for installation at a beach club in Hoek van Holland, a small settlement in the vicinity of the port of Rotterdam. The duo's work was a response to the local environment where, among coastal dunes rich in plant and animal life, there remain wartime bunkers, vestiges of a Nazi line of defence. A second project, realised two years later, was installed inside a bunker, usually kept locked and bolted. For Hoek they have blended material from both projects, and for this release Meelkop's soundscape is accompanied by a booklet with still images, plus a link to Douma's online video. Over the course of an hour the piece moves through an almost stifling gloom onto the shoreline, where birds sing and the tide rolls in. A ghostly artillery battery booms from the past, while in the present gulls mew, and Hoek finds its insistent coda in the ringing metallic call of a great tit.

Review by Richard Allen in A Closer Listen:
"Hoek is an enchanting release, nearly an hour in length, accompanied by a film that many would be happy to mount on their living room wall.

The onset of the music is so gentle one may not notice at first ~ like the first inklings of light from a cobalt blue sunrise. The undulating tones are accompanied by matching shots of waves, until the fourth minute, when a sheet of waves is placed over a sheet of sky. For a moment, the two are one. This effect recurs in the 49th minute, producing a visual symmetry. By that time, the audio element will have morphed multiple times, doubling back on itself as well.

This slow mingling ~ ocean to sky, ambient to drone ~ is a reflection of the subject matter. Hoek, or more properly de Hoek or The Corner, was built as part of Rotterdam’s defense line during the Second World War, a line in the dunes, filled with underground bunkers. Today it is also a seaside resort: recreation mingling with history. In 2012 and 2014, Roel Meelkop and Marco Douma (music and visuals) produced installations in both locations: beach club and bunker. Hoek combines the best of both: a unified work, a hand-assembled labor of love and a definitive audio-visual statement.

A third of the way into the piece, the drone dissipates, revealing a gorgeous sequence of chimed tones ~ like sea glass revealed by the receding tide. In like fashion, the video momentarily leaves the sea to wander in the upper thickets of winter trees. Field recordings enter the sonic territory midway, grounding the release in the real world. Slowly the video returns to the sea, inviting sea birds to sing their own impressions of de Hoek.

The tone is refreshingly reverent, resisting any temptation to veer to the sounds of wars or clubs. Instead, the attention remains on the everlasting. Tumbling tides, shifting sands and baby birds are reminders that nature views time through a different lens: some things happen once, while others happen again and again. Even the laser-like intrusions of the 39th minute eventually fade away, and the dunes are quiet again. The abstractions melt into images of sky, then sky and sea, then simply sea, and finally black, mirroring the opening sequence. One is left with a feeling of completion, now seeing the cover as a sunset rather than a sunrise, the blue orb sinking, a white afterimage left in its wake."

Review by Frans de Waard in Vital Weekly:
"So, this year I complained about a few soundtrack CDs coming my way without seeing the actual films. Plus, these releases usually had shortish pieces of music, in most cases leaving me wanting more. This new release by Roel Meelkop and Marco Douma is everything I think a release of film and music should be. Meelkop once was a scribe for this rag and often presented with his music releases, solo or with various groups he's involved in (Kapotte Muziek, Goem, THU20, Zebra, Wieman) but in more recent years, that became less and less. Maybe due to the inactivity of the groups (or no longer existing) and his own slowness in seeking labels to release his music. He has worked with video artist Marco Douma for many years now, the master of slow-moving images. In 2012 they had an installation in beach cub in Hoek van Holland, a place built as a defence for the port of Rotterdam, later expanded by the Nazis as part of the Atlantic Wall. In 2014 they did a second installation in a bunker in that place. They returned to both installations and created a third version, a combination/culmination of both previous works. The CD comes with a lovely small booklet containing stills from the film and a CD that sticks out a bit, like a blue sun over the horizon. Also, and quite important, a small card will bring you to Vimeo, and you can see Douma's images. At first, I thought, oh yeah, slow-moving music gets the images it deserves, and that is great. Think Brian Eno's visual work (well, maybe Douma is a bit faster) but with better drone music. But then, at some point, Meelkop does something, a single sound (kalimba-like), and I noticed the images were moving along the piece. Maybe right from the start, but only very noticeable when the sound became shorter. When the sound turns to something that resembles sighing followed by some silence, the screen turns black, and images move along with the sigh. There is more of that sort of great interaction. I have no idea if Meelkop uses only field recordings from the area (water from the North Sea, seagulls, wind, debris from a bunker), which he then processes. I had the impression he did on many occasions, but the kalimba sound made me think differently. I don't know, but I don't think it is that important anyway. As always with the music of Meelkop (and yes, I admit I am biased), this stands very by itself as well, but in the interaction with Douma, real interaction that is, it works even better. This is an excellent film and music project, lovingly presented (as most of the releases by Esc.rec. are, of course) in an unusual way."

Review by Peter van Cooten in Ambientblog:
"Dutch Esc.Rec label releases projects that combine multimedia and often balance (or cross) the borders between music and other art forms. Hoek is a great example: it combines the soundscape created by Roel Meelkop with a video by Marco Douma, and is presented in a handmade book created by Jeroen Diepenmaat containing stills from the video work. The video itself is accessible with a code found in the book.

Hoek refers to Hoek van Holland, “originally built in the late 19th century as a defense for the Port of Rotterdam. In World War II it became part of the defense line of the Nazis called the Atlantikwall. They built vast underground bunkers in the dunes, many of which are still intact. The other side of the river shows the industry of the Port of Rotterdam, mainly lots of cranes (un)loading containers from the huge ships that bring them here. But de Hoek is also a seaside resort with wide beaches and matching beach clubs, assuring a wide range of entertainment. And, last but not least, de Hoek has a beautiful dune landscape, giving a home to flora and fauna that cannot be found elsewhere.”

In 2012 and in 2014 Meelkop and Douma participated in two local exhibitions, their sound/video performance respectively focusing on the surroundings of Hoek van Holland and on the inside of one of the bunkers that are now closed for the public. This ‘third edition’ is a combination of both of these previous works.

The 54-minute soundscape combines many different moods and approaches, just like Hoek van Holland itself does. The darker electronic parts resemble the atmosphere of a deserted bunker, but it can easily change in the quieter mood of a lovely dune landscape with what sounds like a thumb piano or (electronic?) mbira and environmental seaside sounds.

A dedication to the (somewhat neglected) variety of a town in the corner of Holland (which is literally the translation of Hoek van Holland)."

This album is co-released by independent publishing house Hellend Vlak

Many thanks to Harco Rutgers and Jeroen Diepenmaat