by Jon Doe One 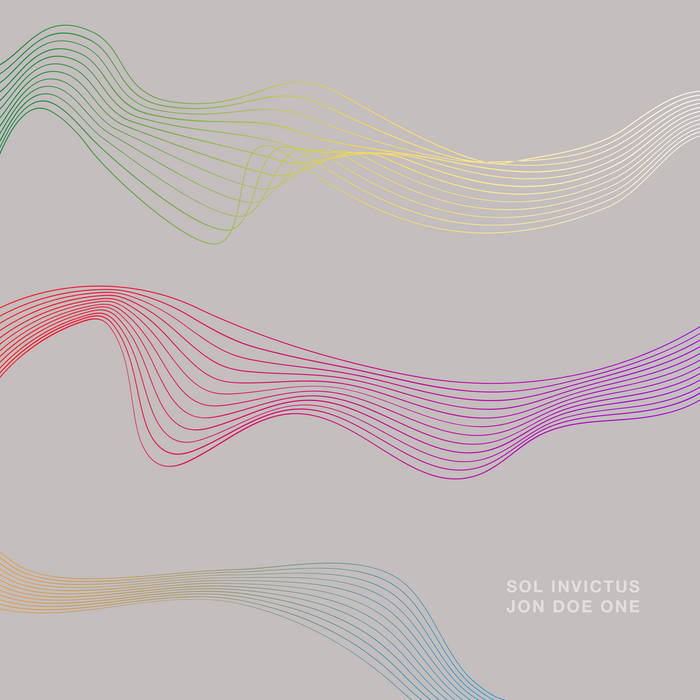 I
It was in a dream that Johannes d’Hoine had emerged from the winter of suspended animation. Horror Vacui, his last record, had marked a nadir: in trying to whittle the musical gesture to its core, he’d inadvertently tapped into some ungodly frequency, reduced to a shadow of a man by the bleakness of his compositions. And the world had followed suit, as though his imagination had unleashed catastrophe onto the air waves, a self-fulfilling prophecy on a global scale. Had his music infected others, or was the plague merely a mirror to his own deleterious tendencies?

II
After the fall, the double bass had remained a consolation, seeming to speak to the low-pitched times. But, by some curious operation, every time that he took to it, beautiful melodies would slip between his fingers, asserting themselves despite him. In the dream, the quag of thoughts that had been clouding his mind now crystallised. A lit door, d’Hoine walking towards it. No need for Freud: d’Hoine had conjured the dream to resolve the problem. And so the composer began to shy away from the darkness he had previously sought and started looking towards the light.

III
Sol Invictus was to be his own fiat lux, an invocation of the lighter regions of his mind. It was time to cast off the short days, to invite beauty and organic matter into his music. And so he conjured the elements: first wind, which needs air and breath to resonate. Hanne De Backer took to visiting under cover of night, saxophone secreted under her coat. Then Berlinde Deman, with her rare Renaissance serpent. For the record, the trinity united at Vooruit, joined by visual artist Stijn Grupping, who had devised a light installation that responded to sound. I saw them that spring. I saw rays dance a ritual over the room. And out of darkness, Jon Doe becoming One with light.

Interview by Joeri Bruyninckx in Psychedelic Baby Magazine:
"Q: Did you have a certain direction or idea in mind for this record?
A: I didn’t start with a certain sound in mind. I started with the idea of making a solo record this time, to reflect the isolation and loneliness I saw all around me. But I soon realised that I wanted to make a record that looked forward, instead of looking back. I noticed I was getting a bit gloomy by the ongoing lockdowns and insecurity of when it would end. I realised that it could only get better and decided to focus on that thought. That decision had a couple of implications: I had to invite some other people instead of making this music all on my own. I also thought about which instruments could embody hope, strength, power and tranquility at the same time. I didn’t feel like making a high energy record. I needed a breath of fresh air. So I quite literally chose for woodwinds. Hanne De Backer on baritone saxophone and bass clarinet. And Berlinde Deman on serpent.

Q: What is a serpent?
A: A serpent is a renaissance instrument, a distant predecessor of the tuba in the form of a snake. It looks beautiful and has a really unique sound. Berlinde and I went to the same school together a long time ago (the conservatory of Antwerp), but we had never played together. When I saw a short film of her, playing the serpent, I knew it would be perfect for the record. Hanne was already on my radar for a while and this seemed the perfect occasion.

Q: You said you went from dark to light on this album.
A: In the months before I started working on the record, I did a lot of so called sound explorations. I wanted to contort and manipulate the sound of my electric double bass as far as I could and see were it would get me. Yves De Mey and Nicolas Rombouts acted as a soundboard during this journey. Without realising it, I laid the foundations for the record in these sound journeys. Not in structures or concrete ideas. But I found new ways of producing sounds with my bass and effects. I created the space wherein ‘Sol Invictus’ would spring. So I had outlined the playfield, now it was time to play. The idea was to capture the movement from dark to light or the other way around, and the tension between those two opposites. We started off with some improvisations. I invited Hanne De Backer at my home studio, where we did the first recordings. A second session took place at Vooruit Kunstencentrum, where Berlinde joined us. By then I had already cut up some recordings from the first improvisations. I also started to have a clear view on the direction of each of the four tracks, so I could ask to play in a specific manner or atmosphere. I had also written out some melodies by then. What we recorded was cut up and mixed by me, or left as it was in some cases, into the tracks that are on the record now. When I was finished, I went to Yves, who gave me some advice and feedback on the mix.

Q: For the live shows, you combine sound with visuals.
A: I don’t know exactly when the idea of visuals accompanying the music exactly originated, but it was early in the process. The original idea was to have reflections of light on different surfaces, influenced by the sound. But pretty soon this idea turned out to be unrealistic. So Stijn (Grupping) recorded all kinds of reflections of light influenced by simple tones. He then edited this material in visuals that are reflected on sheets of half transparent fabric, creating depth. I am in between these sheets, as a part of the installation. It is really hard to explain but it looks super. I hope there will be many concerts, so people can experience it themselves."

Review by Sven Schlijper-Karssenberg in Vital Weekly:
"Sorry folks that were expecting a review of a new release by Tony Wakeford's neofolk outfit. That Sol Invictus this ain't.

To quote from an interview by Joeri Bruyninckx in Psychedelic Baby Magazine: "Did you have a certain direction or idea in mind for this record? Hannes d’Hoine: I didn’t start with a certain sound in mind. I started with the idea of making a solo record, this time to reflect the isolation and loneliness I saw all around me. But I soon realized that I wanted to make a record that looked forward instead of looking back. I noticed I was getting a bit gloomy by the ongoing lockdowns and insecurity of when it would end. I realized that it could only get better and decided to focus on that thought. That decision had a couple of implications: I had to invite some other people instead of making this music all on my own. I also thought about which instruments could embody hope, strength, power and tranquillity at the same time. I didn’t feel like making a high energy record. I needed a breath of fresh air. So I quite literally chose woodwinds. Hanne De Backer on baritone saxophone and bass clarinet. And Berlinde Deman on serpent.”

Quoting Jon Doe One-lead musician goes to show in a couple of lines only the self-contained aural world of Sol Invictus, for this LP ticks the boxes of: gloom, insecurity, isolation, hope, tranquillity, no high energy. And above all: breath and breathing.

Machinefabriek has made records called With Drums and With Voices. Aube worked with only fire on one record (one amongst many experiments with sole source material). Hazard produced a record focusing on wind. Sol Invictus is not made with sounds of breath only. Nor with only wind instruments. But somewhere in the suspended winterly animation of this record, breath and breathing takes a chokehold on all proceedings. Both are always near, close and up-close and personal.

This breathing goes without saying. But it is never taken for granted as the constituent factor per se for these epic, languid, long melodic lines. Here: breath and breathing, too, both, elements that are severely implicated in terms of gestural musical impact, but – of course – also took centre stage in the deadly respiratory pandemic and airborne catastrophe we find ourselves in. This record then, also, like an affirmation of the adage: to breathe is to be alive.

Sol Invictus touches the extremes of our current life and times: personal, local, and grander scales. Slowly plucking away the double bass is a somewhat reassuring presence, comforting though hardly less melancholic in its voicings. And yet. But still. From the stillness and darkness comes a sense of forwarding motion and a notion of 'vooruit', of on with it, of moving ahead and pushing through. Sol Invictus then also as a ritual of cleansing, leaving behind, shedding skin, moving on.

Slowly composition folds into improvisation as cut-up loops merge with close-mic'd bass clarinet as if the listener is inside the instrument. These tracks are imbued with masterly detail and the most subtle of presences. Therewith notions of ambient are kept at bay, precisely because attention is constantly jolted into heightened states of awareness, without the use of scare tactics – no: these long lines ebb and flow in sparse fields overgrown with the aesthetics of Another Timbre or Touch and mellowed, hallowed echoes of or reverberations in the innermost workings of elemental industrial. A cathartic celebration out of time, of all times, through these (dark) ages."

Review by Peter van Cooten in Ambientblog:
"Jon Doe One is the alias of Belgian composer and double bass player Hannes d’Hoine. His portfolio includes work with many different people and formations (you may know him as a member of Die Anarchistische Abendunterhaltung). Apart from that, he has composed music for dance, film, theatre, and other performances.
As Jon Doe One he previously released two titles on Entr’acte. Sol Invictus is released on the Dutch Esc.rec. label.

The liner notes tell the tale of d’Hoine struggling with his art, suspecting that “the bleakness of his compositions (on Horror Vacui) may have unleased a catastrophy on a global scale. Had his music infected others, or was the plague merely a mirror to his own deleterious tendencies?”

Sol Invictus (named after the Roman Sun God) is his return to beauty – “an invocation of the lighter regions of his mind” – created with the help of Hanne De Backer (bass clarinet, baritone sax), Berlinde Deman (serpent).

Light, as well as Darkness, is in the eye/ear of the beholder of course: I can’t compare Sol Invictus to Horror Vacui myself, but underneath the beauty of this music I still feel an undeniable darker undercurrent."