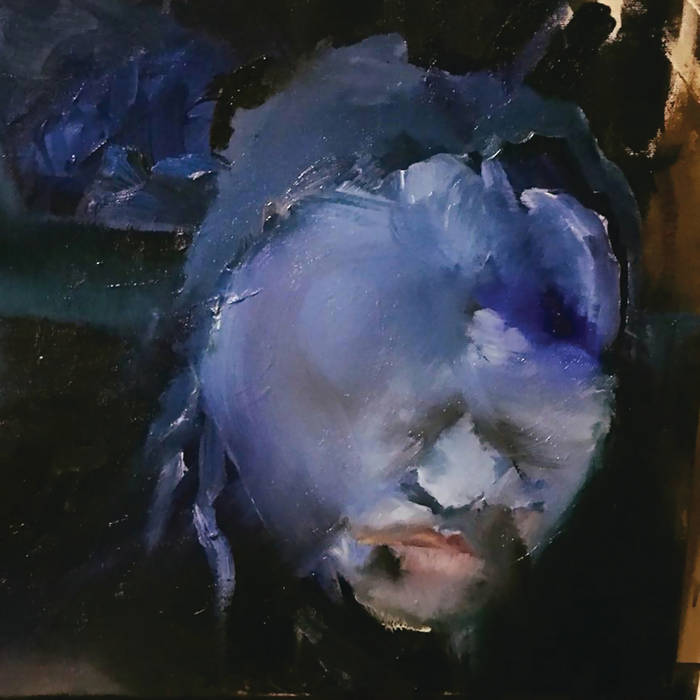 On this album Daniel Vujanic tried to create a musical system with moods, dynamics and melodic ramifications through non-musical approaches, components and source material. Or - simply put: to alter and to transform identifiable synthesizer, piano, guitar, cello or field recording sounds/motifs into something less musical, more obscured and clandestine. He was looking for a way to build coagulated atmospheres, dissolving states of mind, realms of the hypnotic even.

So in 2019 Vujanic started recording on a regular basis, solely working in an intuitive and direct way as some kind of cognitive exercise. The outcome was something that felt well-known, warm and properly attached to our memory and at the same time impenetrable, cold and dislocating, hence the title Prosopagnosia (face blindness - a cognitive disorder).

Listening back to it now, he figures that on a subconscious level he had really wanted to fabricate a sound that didn't feel intellectually constructed but rather emotionally sculpted, using a rather idiosyncratic approach to songcraft and the interaction of space and time.

On a superficial level, this music which was born from improvising sessions and subsequent minimal editing, might resemble some specific genres i.e. electronic, jazz, ambient, noise and psychedelia with their idiomatic gestures, timbre and aesthetics, probably even some hints of meditative romanticism connected to days of yore. But if you listen closely, there are cracks and crevices in the textures, holes of meaning. A place where the past is falling into the future, where sound is roaming freely, disapearing quickly or sometimes connecting to other signifiers in multiple ways, elegantly contributing to a multidimensional narrative, which seems to be stubborn and open-hearted at once.

Prosopagnosia is the first part of the Fabula trilogy.

Review by NR in Vital Weekly:
"For as long as I can remember Daniel Vujanic has been releasing forward thinking music, either on his own or with cohorts under the guises of Stale, The Camping Group, Baja and Ixtar, to name a few. Now he has decided to realise an album on Esc.rec. under his own name. That album is ‘Prosopagnosia’ and it could be the most cohesive and enjoyable of his albums to date.

On ‘Prosopagnosia’ Vujanic wanted to create a musical system through non-musical means. This involved taking synths, piano, guitar, cello and field recordings and trying to transform them into something else. For the most part he succeeds, as ‘Prosopagnosia’, loosely meaning face blindness, doesn’t really sound like a guitar, cello or piano has been anywhere near it. Claustrophobic motifs are the order of the day giving the album a minimal, beatless, techno vibe. Throughout ‘Moon Lagoon’ you can pick out cello and piano through the audio quagmire. These moments actually work in the album's favour as they give it subtle moments of musicality with tangible, and recognisable, hooks instead of coagulated atmospherics.

The most remarkable thing is how listenable it is. ‘Frost Im Refugium’ contains a glorious drone that just repeats on itself in such a way that part of you wishes it would never end. Writhing around, and through it, are snatches of melodies that pique your interest. Some are there for the briefest moment while others linger on fidgeting with each other.

What Vujanic, and ‘Prosopagnosia’ for that matter, does really well is hide his original sound sources through manipulation. Once the samples no longer sounded as they originally did, Vujanic layered them to create hypnotic swamps of sound. There are moments when Vujanic’s idea doesn’t really work and everything comes to an uninspiring halt, sections of ‘Plagegeister’ suffer from this sadly, but when the album works it sounds fresh, exciting and captivating. So, everything we’ve come to expect from Vujanic then."

Review in STAT magazine:
"First of a trilogy, Prosopagnosia takes its name from a psychiatric condition in which a person cannot recognise the faces of familiar people. This record oozes the melancholy that could be born of such a condition taking the sighs and wails of woodwind, strings and piano, then surrounding them in unrecognisable digital sounds which feel almost as if living beings: rustling, tweeting and screeching. Itʼs not an easy listen, but it is rewarding. Where some ʻexperimentalʼ music overwhelms, Vujanic maintains a largely minimal and meticulous soundscape catering for both\ more radical listeners and newbies of the ambient genre."