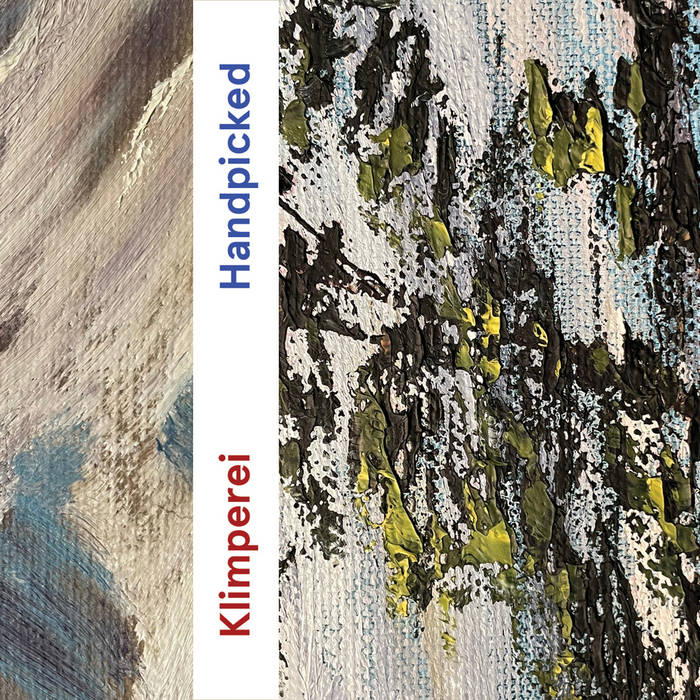 Klimperei has previously been described as pioneer of toy-music, maestro naivete, experimental, fragile, childish, neo-classical, bizarre, avant-garde and a whole lot more... But for various reasons Klimperei's music has evolved recently. On the one hand, the confinement due to COVID has changed the way he works, but also altered his state of mind. He needed / wanted a change, to break some routines related to the 'Klimperei' label. This trend towards darker, more ambient, more experimental and minimalist tracks is not, however, new: we find all of this in earlier albums... but probably a bit less matured.

For Klimperei's album 'Handpicked' the tracks were handpicked by label owner Harco Rutgers, who got to choose like a kid in a candy store, from a rather large collection of Petchanatz's work. This could just as easily have resulted in three or more excellent and very different albums (other labels out there, please pay attention!), but 'Handpicked' quickly became Harco's personal favourite. Darker and more melancholic than his previous work, but not quite fully evolved into his newfound sound yet either, this feels like a transitional Klimperei album.

Musician and writer Christophe Petchanatz (aka Klimperei) is born in 1959 in Lille, now lives in Lyon. Klimperei (strumming, in German) formed in 1985, with the first album coming out in 1991 (Tout seul sur la plage en hiver) on AYAA, after some self-released tapes. Over sixty albums (CDs or vinyls) were published since, some of them in collaboration (with Pierre Bastien, Don Simón and Telefunken, Palo Alto and Frank Pahl to name a few). Petchanatz also creates music for television, theatre, dance, multimedia shows and toured all around the world.

Review by SSK in Vital Weekly:
"Moody atmospheres aplenty on Handpicked featuring a selection of works by Christophe Petchanatz, picked by Esc.rec.'s 'label boss' Harco Rutgers. Apparently, this could have stretched to two or three albums. Which goes to show how productive Petchanatz is and also how deep his vault must be when so much material could be deemed release worthy. Proceedings kick off in an off-kilter jazz-noirish mood, akin to a naive Twin Peaks, before the town lost all innocence. And the tune is almost the longest on the tape, for most of these tunes are shortish vignettes and experimental snapshots of beguiling fragility. There's a toy piano plinking in a pas-de-deux with softly crackling noises. And: brooding bass and skittering 'look-over-your-shoulder' dread. Plus an ode to Klaus Dinger in spectacularly not Neu!-motorikishness. Klimperei, gotta love that German word, is out of this world. It's odd, experimental, avant-garde, out-there, slightly deranged and outsiderish. But on this tape we find tremendous focus underlying all the playfulness. There's no goofing around below these darker ambiences. This is a maestro at work, building narratives of profound poetical prowess as he ushers the listener deeper still into his fairy-tale-gone-a-bit-off world of wonky wonders. A stellar collection opening new vistas and windows of opportunity and perspectives with each consecutive listen... Come to think of it: how would this be with simultaneous listening: three, four, five tape machine in an installation playing Handpicked at the same time... Now, thát would be quite the amazing multi-channel sound art installation!"

All composed by Christophe Petchanatz
except when noted otherwise