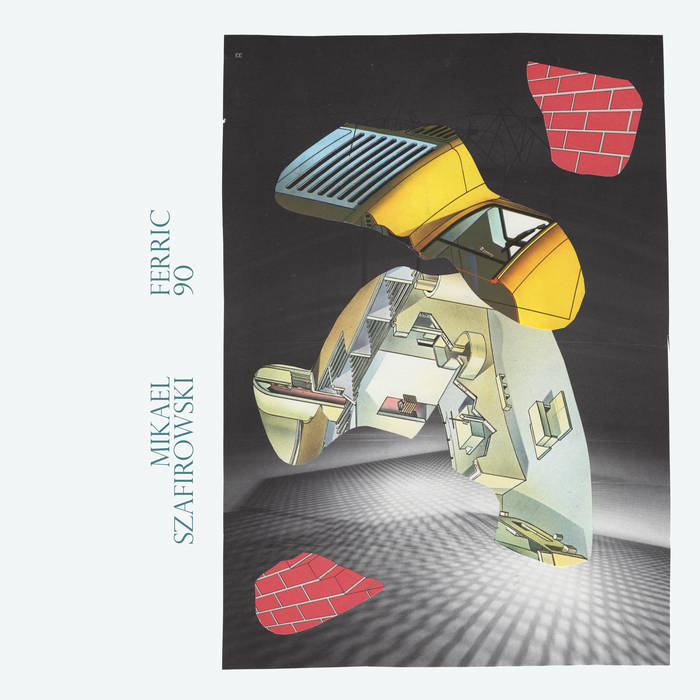 Ferric 90 is a product of Mikael Szafirowski's experiments in sound synthesis and a search for the sort of narrative form that has been in the back of his head since he started to commit to being an improviser. Every time he was researching a synthesis technique, he would always be recording. This way Mikael could keep and share the initial excitement that he felt from the material and store it away until an opportune moment for telling his story.

The initial version was quite a lot more sparse. The prospect of a cassette release prompted Mikael to rework the music. The format inspired even a little self reference that you can hear at the beginning of side Play. The new version started to have more interesting juxtapositions and felt more like the album Mikael was hoping to make.

"I hope it makes you happy as it made me. When you Rewind the tape, remember to listen!"

Mikael Szafirowski was born to a multi cultural family in Helsinki at the dawn of the 80s. His first real awakening to the power of music was a mix tape with the guitar heroes of the previous decade. Jimi Hendrix, Deep Purple and the likes. This music really felt like travelling in space and time and that experience has been something that he has been trying to get back to since. Further musical enchantment came by way of being glued to MTV and the music section of the public library.

"My mentors Neff Irizarry, Gilius van Bergijk, Fred Frith, Alfred Zimmerlin and Volker Böhm have each in their way helped me to break from certain confines. Whether it is breaking free from a certain complacency of an (ex-) jazz musician or the dichotomy between composed and found material, or just simply transcending things that I thought I couldn’t do, with time, I understand better how much I owe. I’m glad to have played a part in the founding of the bands Rooie Waas, Naked Wolf and the Royal Improvisers orchestra. Besides my own personal work, I’m contributing to the groups Zugabe and Gajar Girl as well as producing music of my friends and doing the occasional sound engineering gig."

Review by Frans de Waard in Vital Weekly:
"While I would think that Esc.rec. shops around in the same world of musicians covered by Vital Weekly, they always come up with names that are new to me. Take, for instance, this latest bunch. From Helsinki hails Mikael Szafirowski, who grew up with the music of Jimi Hendrix, Deep Purple, MTV and the music library. He calls Neff Irizarry, Gilius van Bergijk, Fred Frith, Alfred Zimmerlin and Volker Böhm his mentors and works with found sound and electronics. He works with sound synthesis but started as an improviser. He lives (or lived) in the Netherlands, where he became a founding member of Rooie Waas, Naked Wolf and the Royal Improvisers orchestra and worked with groups such as Zugabe and Gajar Girl. Found sound opens his cassette but quickly takes on a more abstract course in his music. He has two pieces on his cassette. One is almost fourteen minutes, and one is ten minutes. That's a pity because he plays some rather fine music. If this is in some way improvised, then he hides that side pretty well, as it all sounded composed and planned. The sound is quite playful, going all over the place. In 'Play', he uses found spoken word about cassettes and tunes into shortwave stations, with the computer offering some brittle tones, bending, stretching and granulating. It all makes for excellent radiophonic work. For 'Rewind', one would think he uses the sounds of tapes rewinding, and maybe he does. Here too, Szafirowski does a great job at computer music that, for once, sounded fresh and exciting and not too complex or with worn-out ideas. But, as I said, way too short for my liking."

Thanks to Volker, Sandor, Gijs and Harco