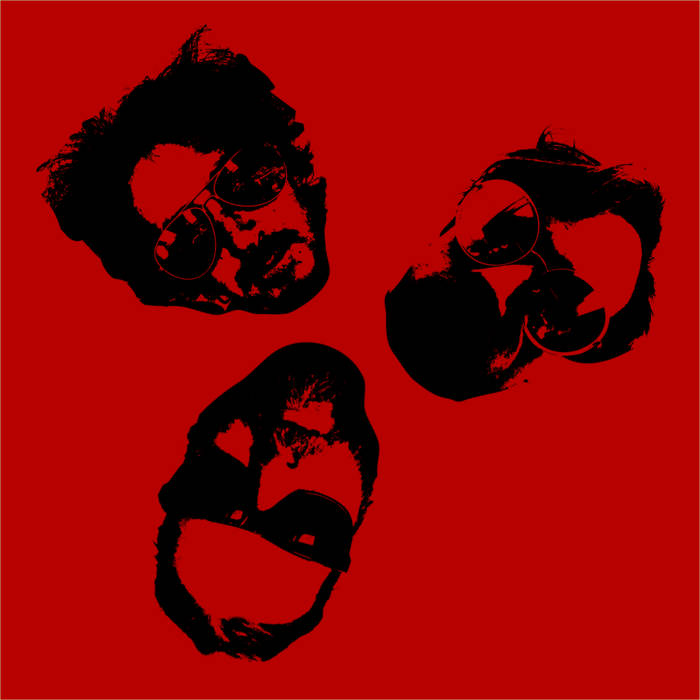 Born from a broken series of improvisation sessions, Norwegian DI/S/CO ushers in a new cassette single. Proving to carry the strongest of structured ties, precisely in the magnetic push and pull of internal forces at play within these two six and a half minute tracks. Over a year's work pressure cooked into less than a quarter of an hour.

There's a blood red vital logic to this all – a foggy notion of course. Whiffs of post-krautrock and ultra widescreen space age soundscaping, with tips to the hats of Gibson or Ballard, pervade these two 'dancefloor killers'. And The Void Pointers' abstractions have been supplemented with the theatre of the absurd. That is to say: seemingly not overthinking or overanalyzing but working with the acceptance of a blissful 'as is'.

Norwegian DI/S/CO resonates in medias res: bam! you're dropped in the middle of a track and before you know it: snap! you're pulled out again. Two concerted and concentrated snapshots of skewed disco deluxe and intense industrial. Gently and deftly these merge with washes of deep-layered Eno-ambient: music for nondescript, almost desolate places – soundtracks for the lives of the few revellers in the land of technicolor skies and distant, dusty horizons. The Void* reach for the rain soaked futurist-nostalgic vistas of Blade Runner, Science Fiction's distant dystopia of gleaming and glistening dreams between interstellar nebulae, as much as a contemporary mega city's underground club and – wink wink – perhaps even a sunlit breezy beach with waving palm trees. And you thought the title was a bit odd – The Void Pointers' void just got a whole lot weirder.

Review by FdW in Vital Weekly:
The first time I reviewed music by The Void* (pronounce as The Void Pointers) is some time ago (Vital Weekly 1037). They are a trio still, consisting of Roald van Dillewijn, Eric Magnee and Tijs Ham and what I know about them is that they do a lot of improvisation on instruments of their own making. All of these improvisations are recorded and then re-edited, reworked, reshaped, remodelled (everything to avoid the word remix) into a final result. I have no idea why they took such a long time to come up with something new, and then something that is, sadly (spoiler alert) only thirteen minutes long. It fits, however, the group's previous work, which I thought was a very clever combination of all the good elements of 'ambient', 'drone' and 'post-rock'. There are guitars and drums to be spotted (also of their own making? I am not sure), giving the music that krautrock push 'DI_S_CO', final two minutes, after a carefully build up tension. As before, I was thinking of Radian, the group from Vienna, who do (did? I haven’t heard from them in quite some time) a similar combination of post-rock and all things laptop. The Void* take their time to explore the sounds at their disposal and never rush from one segment to the next, best shown on the track on the other side, 'DI_S_WO'; the despite the use of a slow rhythm (samples, not drum/machines, I think) a piece of ambient proportions. All of this is quite dark and atmospheric and could be inserted without much editing into a fine movie about shape-shifting aliens controlling the earth. All of this begs the questions; why is this such a brief release and can we please hear some more new music, rather sooner than later? Thanks!

Review by KN in Yeah I Know It Sucks:
[...] The Void* happily plays from moment to moment, easily flipping inside polar opposites of musical tracks, without giving the listener the feeling that they had zapped channels or flipped over consciously into another track. This way it feels as if The Void is dabbling around in a magic trick, altering realities and moods like a deejay who is much more adventurous than the ones you mostly find jumping up and down at the main stages of those happy go lucky disco festivals.Drones, country and western dabbling, electro acoustics, emotive experimentalism, loopy fun, child friendly industrialism, ambient zone stuff, bright joy and clicker flacks... Music that goes by smooth and quickly, in all their variety and coolness. [...]

All music & images by The Void*
Text by Sven Schlijper-Karssenberg