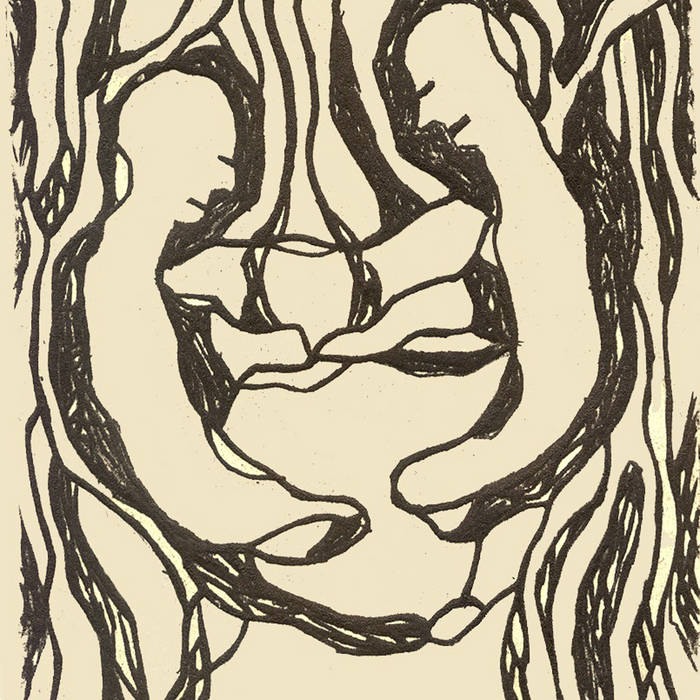 The Delusion EP is the debut of Ifang, a 17 year old producer from Nijmegen. This actually started out as a school project, but soon grew out to be so much more than that, making it a vessel for the discovery of his own talent and passion for music production. He is now determined to pursue a career in music, which is probably a wise decision, because this is a high quality, well produced debut. The three tracks feature warm and crispy electronics, guitar, processed field recordings and (movie) samples. Delusion is a diamond in the rough, triggering Esc.rec. to support Ifang on his journey to higher grounds. Eyes peeled for more Ifang in the future.

Delusion is available as a pay-what-you-want download, but also in a very limited CD-r edition. The CD-r release comes in a digipak with hand-painted artwork (Indian ink) by Ifang's father, Peter Bremer. Only 50 of these were made and they are all different, so be quick to order if you want one!

Review by Yeah I Know It Sucks:
To begin this review I would like to point out that the cover of this release has been following me around in my dreams. The artwork is a design of Peter Bremer and visually captivated my full attention for a couple of days. To finally get a peaceful mind I decided to try reviewing the work, just in the hope that the artwork stops to pop up in my dreams at night...

Behind the artwork there is the music of a young producer who calls his music project “Ifang”. The release comes with a text where the age of Ifang is highlighted (17) and the fun fact that his mind is set to a career in music. We from YIKIS are aware of young individuals who release their work in the netlabel scene from younger ages, which may make age irrelevant in case of music makers and talent. A 60 year old aspiring music maker can be just as good (or as bad) as a beginning 15 year old new-bee. It is all about talent, ears and probably skills to make someone’s music enjoyable or original (which may lead to success in the long run). Anyway, to get to the point; Ifang is old enough to drink alcohol legally and with that I rest my case.

The information that is more valuable from my point of view is that this is Ifang’s debut release. This is always an important step in the good direction and my eyes are pleased to see that he made the right move to do this through the wonderful DIY record label Esc.rec.

The first tune is called ‘The Sphinx’ and contains some samples referring to this title. The music itself is pretty calm and relaxing, no in your face material but enjoyable nonetheless.

More words worthy is the second track that contains a simple yet intriguing melody that makes me dream of walking around in a hot desert. To my opinion the beat sounds a bit life-less and flat which should be a point to work on in future productions. I can’t help to see the vision of the desert being infiltrated by a computer running Ableton or some other music software, giving this track almost the feel of an  unwanted fatamorgana. But this might be done on purpose as it corresponds funny enough, with the title of the release ‘Delusion’. Without the beats and perhaps a deeper layer of sound, I think this track would have come out better. Or at least kept me dreaming and walking around in an Egyptian desert, instead of a bedroom studio.

The soft criticism automatically goes out of the window with the last track on this release. Perhaps Ifang has found his very own sound here where everything makes perfect sense. Track 3 that listens to the name “no.8?, is a delicious deep minimal techno track that leans a great deal on a fine 4×4 base kick. Warm synthetic sound pads and the use of sound recordings that are equally great inter-waved in this mild mind stimulating dance track. The buildup is perfect and the use of effects and filters are equally well done. Ifang created a well  made quality minimal performance to end this release with, which is a style I hope to hear more of from this artist in the near future.

All in all behind this artwork, there was a short release that I’d wish to have been a bit longer. Not only to answer my personal curiosity of the raw talent of Ifang, but also because it seems like the music was getting better and better. Wandering if Ifang made enough tracks to fill up an LP, how great the sound would have grown reaching track 12.
It is what it is, a cute little release that is available for download or buyable with a lovely handmade package
painted by Ifang’s father with the use of Indian ink.

If the history of Ifang's first release isn’t enough to convince you to get this release, than the good looking artwork (and the fact that there are only 50 made!) should definitely gain your interest in getting this.

Review by FdW in Vital Weekly:
I am never sure when the decision is made to release something as a download-only and when it is also granted a CDR release. Here for instance the music spans only three tracks in about thirteen minutes. It has a nice handmade digipak, so that's always great. Ifang is a seventeen year old producer from Nijmegen - hey ho let's go - who did this music as part of a school project but now wants to devote his life to making music. Good for him. These three pieces are all based on the more intelligent lifeforms of techno music, with nice beats, crispy electronics, scratchy samples and a humming melody or two. Like that 'NEW 8.0' sampler elsewhere - which actually has no pieces from Ifang on it - this is all laptop based electronics, but since I never really properly studied Ableton, I must say this is indeed very nice music. Not the most 'new' (pun intended), but in a sort of Warp Records fashion this was all pleasantly nice ambient techno armchair shit, y'know dude? Unless of course I missed out on the latest craze in techno land and I am using the wrong lingo here. Nice, nice. Relaxing, melancholic. Oh, shit, only thirteen minutes. Why, oh why? I would have loved at least thirty or forty of this! Nijmegen's new talent! Hurrah.

Thanks to Galloway Studios, Dominique Vermoet and my family