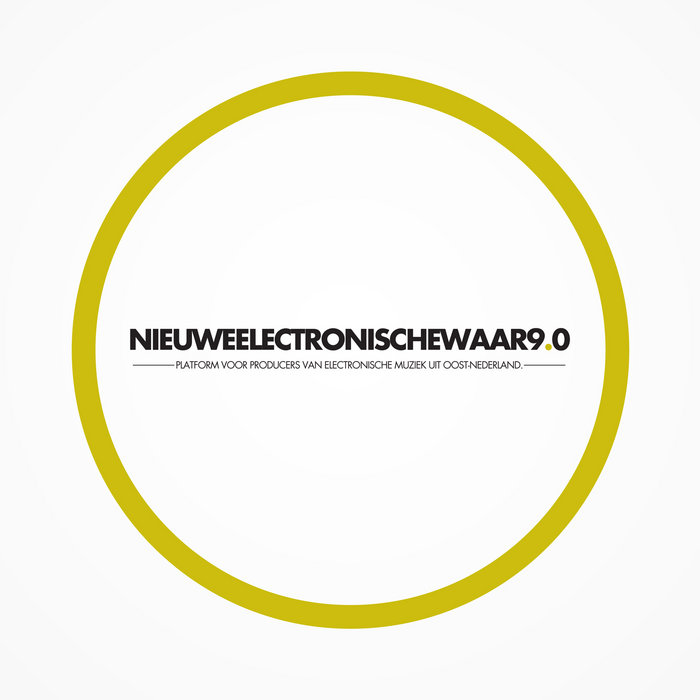 Where? The eastern part of the Netherlands, that’s where the new sound is coming from. Once again NEW presents a compilation of twelve tracks from a new generation of talented producers. NEW has a good standing as a headhunter, as they were among the first to notice the talent of De Sluwe Vos, Steve Mensink, Sam a la Bamalot and Julien Mier. With NEW 9.0 the names of Adam Link, Dotlights, Hemisphere, Levingtquatre, Knotted Sheets, Marsman, MSNTHRPX, PHACTS., Quibus, Strapatsen, Visitors and She Has A Cold , Cold Heart are introduced.

Levingtquatre, Marsman and Phacts are producers who have already established a name for themselves online with several releases. Strapatsen, Dotlights, Hemisphere, and She Has A Cold, Cold Heart, are four completely new names, the raw talent that NEW knows to tap like no other. Knotted Sheets and MSNTHRPX were also selected for NEW 9.0, and their new adventurous tracks show they are making big steps forward. Under other aliases Quibus (Knarsetand), Visitors (Bertin) and Adam Link (Near Earth Object) were all selected for previous releases of NEW. Even when they break new musical ground, their talent comes to the surface immediately. Memorize these twelve names, because the expectations for this NEW wave are high.

Initially, the mission of NEW was to bring producers down from their attic and on to the stage. Nowadays the challenge has shifted to introduce producers who found a niche and fans online, to a local audience, bookers and programmers. NEW achieves this, not only with the release of the album NEW 9.0, but also through showcases and workshops. Producers have the opportunity to gain live experience with performances at various venues, clubs and festivals. At the annual NEW Conference and with studio days at ArtEZ, producers can acquire more knowledge and skills.

Nieuwe Electronische Waar began in 2005 as a platform for producers from Nijmegen, and expanded in 2010 to the eastern provinces of the Netherlands. This year, 90 tracks were submitted by producers from all over Gelderland and Overijssel. The twelve tracks on NEW 9.0 were selected by the core team of NEW, assisted by the jury members Harco Rutgers (Esc.rec.), Jonatan Brand (Doornroosje), Theo Ploeg (The Quietus / Gonzo), Jeroen van den Bogert (Alles Los), Pascal Rietman (8Bahn), en Mark IJsendoorn (Eclectro).

Not only the twelve selected producers, but all other members of NEW are offered opportunities to develop their music and skills. On the site every producer can create a profile and make his music be heard. All tracks can be submitted for the next release, NEW 10, and throughout the year NEW keeps their ears pricked to spot new talent.